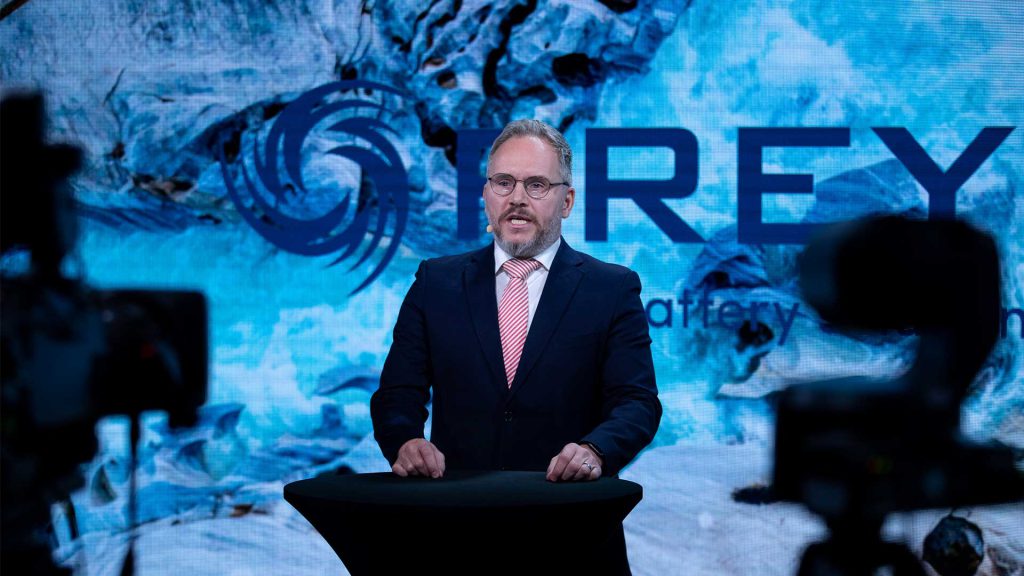 NORWAY´s northernmost power-price area has long had surplus power. But some of those extra terawatt hours left over each year—up to four percent of the country´s total annual output—are about to go to good use.

Freyr Battery, led by Tom Einar Jensen, is set to begin production at a pilot plant near Mo i Rana, two-thirds of the way up Norway´s remote west coast. The Norwegian government has invested around $22m support the project.

-“Back in April 2019 we announced our plans [for the Mo i Rana plant], lots of people were smiling in a way that suggested, ´Yeah, good luck guys!´,” Jensen says. But when Freyr Battery listed on the New York Stock Exchange in July last year, the smiles were ones of congratulation.

It is this rapid progress, and the maturity in the EV market that Norway demonstrates, that motivates Freyr Battery to be a lead sponsor of EVS35 taking place in Oslo this summer. “We want people to come to this symposium in one of the coolest environments for electric vehicles to see what Norway and its companies have to offer!” Jensen says.

– “We want people to come to this symposium in one of the coolest environments for electric vehicles.”

Output at the pilot plant from the end of this year will be small to start off with—but the idea is to use it to provide samples for the customers, test the industrial concept, and use the facility to train operators.

This will enable Freyr to go to giga-scale with a second production facility, the investment decision for which is expected to be decided later this year. It will churn out batteries from a floor area significantly smaller than that required by an equivalent lithium-ion factory using conventional technology today.

The secret is a process that minimizes waste and contamination, and improves safety. It was developed by an MIT spin-off called 24M Technologies, and is expected to demand just half the capital investment, energy consumption and number of employees of a conventional plant.

The battery cell design itself allows for a higher cell to pack energy ratio. Essentially, that means more power out of a smaller battery, or a much larger battery than conventional production processes can provide. On a conventional production line, a “slurry” consisting of various metals or graphite powders, solvents and binding agents (similar in consistency to paint), are applied to the copper and aluminium foils that form the core of each electrode.

In the 24M process, the electrolyte (the liquid that carries charge in a battery) is used as the binding agent. That means the electrodes can be cast, or pressed into a pre-designed cartridges rather than be cut out from a metal sheet.

It also means electrodes are flexible – a bit like gingerbread. In a car, that characteristic will reduce the likelihood of electrode fracture in the case of an impact. It also means the battery can be shaped to fit inside specially designed EV car platforms, rather than packed into boxes and shoehorned into any available chassis space.

Everything seems perfect. But look more closely, and there are big challenges ahead. At the beginning of February, Norway´s trade and industry minister announced plans to invest heavily in the country´s nascent battery sector. -“Now we need to see this happen,” Jensen says. As long the support puts the country on a par with [continental] European players, he says, Norway has every opportunity to maintain a lasting competitive advantage.

At the core of this edge is that renewable-energy surplus that attracted Freyr Battery to Mo i Rana. But with more interconnectors to the European mainland, and more energy-intensive industry coming online, this good fortune will not last without significant investment in new generating capacity.

Jensen also highlights the need for improved transmission infrastructure, though he says that integrating significant amounts of battery-storage capacity into existing networks is a quicker way of making grids fit for the vagaries of renewable power.

-“Norway has arguably Europe´s best wind potential—and with carbon credits and other incentives factored in, it is already close to being cost-competitive with other forms of fossil-based fuels,” Jensen says.

But Norwegian policymakers have long failed to invest in the country´s existing renewable capacity, let alone make use of the country’s home-grown expertise in offshore industrial development.

-“Oil and gas have dominated the Norwegian energy sector for decades. So, it is little wonder that nobody here has seen electricity as the very important tradable commodity it will be in the near future,” Jensen says.

-“With so much money from oil and gas, we haven´t felt the need to take those difficult discussions that everyone else has had to face. Now we are waking up to the reality of needing to invest massively in renewables. To achieve any meaningful climate-change mitigation, we have no other option. Sustainably produced batteries will accelerate this transition, and make it much smoother,” Jensen says.